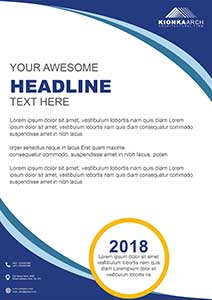 The global LNG As A Bunker Fuel market was valued at 3155.01 Million USD in 2021 and will grow with a CAGR of 38.6% from 2021 to 2027, based on newly published report.
The prime objective of this report is to provide the insights on the post COVID-19 impact wwhich will help market players in this field evaluate their business approaches. Also, this report covers market segmentation by major market verdors, types, applications/end users and geography(North America, East Asia, Europe, South Asia, Southeast Asia, Middle East, Africa, Oceania, South America).
Liquefied natural gas (LNG) is natural gas (predominantly methane, CH4) that has been converted to liquid form for ease of storage or transport.First, the LNG as a bunker fuel industry is concentrated around the ECA territories in the world, both on supply and consumption market, especially Northern Europe (Norway). These years, the North America and East Asia have generally shown attention to the potential for LNG as a bunker fuel, especially in South Korea Japan and China. Second, in the world wide, the LNG powered ships usually sail on the sea, but for China, it is mostly distributed on the river. China government puts a lot of effort on LNG as a bunker fuel project since 2010, and now comes out a few good results, but due to the higher conversion and new construction fees, belonging with the fledgling bunker fuel network system, now the LNG as a bunker fuel industry is still holding on for the large range development. Third, company mergers and acquisitions, and inter-companies cooperation have occurred for development and growth, also there are many companies adding investment on LNG bunker and LNG powered ship industry. All of them indicates and promotes the healthy develop trend of LNG as a bunker fuel industry. Fourth, this industry is affected by the economy and policy, so it`s important to put an eye to economic indexes and leaders` prefer. With the global economic recovery, more and more people pay attention to rising environment standards, especially in the likely ECA territories, the need of LNG as a bunker fuel will increase. Fifth, we tend to believe this industry now is still on a rapid develop period, and the consumption increasing degree will show a fast grow curve. On product prices, the slight fluctuation trend in recent years will maintain in the future. With the technology of LNG ship motor development, the demand market of LNG as a bunker fuel will be brighter.
By Market Verdors:
By Types:
By Applications:
Key Indicators Analysed
Market Players & Competitor Analysis: The report covers the key players of the industry including Company Profile, Product Specifications, Production Capacity/Sales, Revenue, Price and Gross Margin 2016-2027 & Sales with a thorough analysis of the market’s competitive landscape and detailed information on vendors and comprehensive details of factors that will challenge the growth of major market vendors.
Global and Regional Market Analysis: The report includes Global & Regional market status and outlook 2016-2027. Further the report provides break down details about each region & countries covered in the report. Identifying its sales, sales volume & revenue forecast. With detailed analysis by types and applications.
Market Trends: Market key trends which include Increased Competition and Continuous Innovations.
Opportunities and Drivers: Identifying the Growing Demands and New Technology
Porters Five Force Analysis: The report provides with the state of competition in industry depending on five basic forces: threat of new entrants, bargaining power of suppliers, bargaining power of buyers, threat of substitute products or services, and existing industry rivalry.

SOME OF OUR CLIENTS